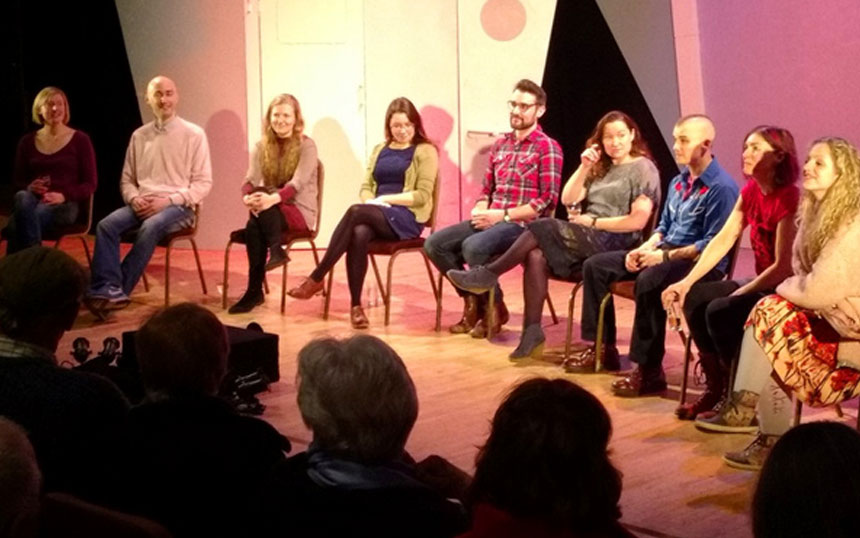 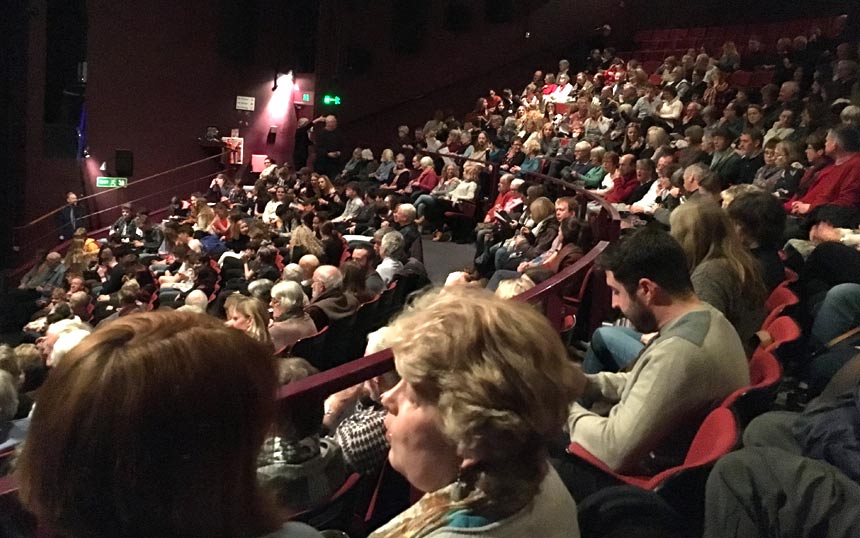 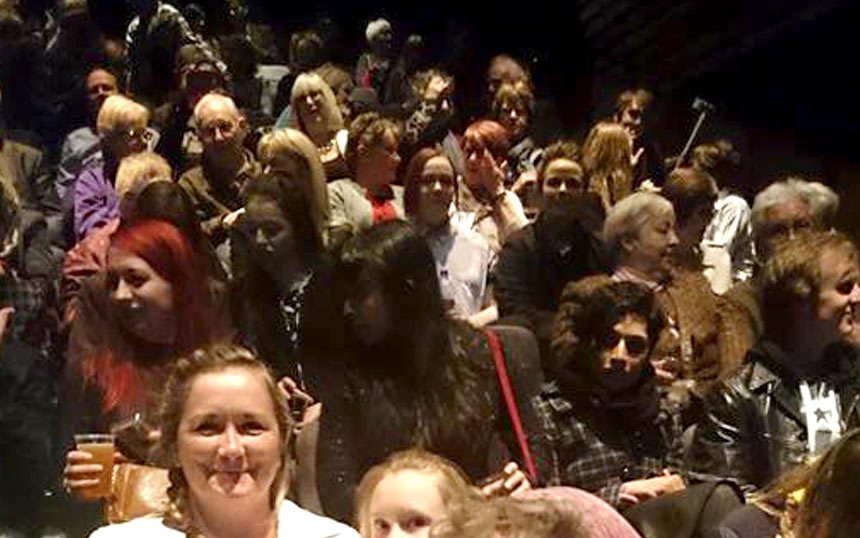 We really enjoy taking part in post-show chats with our audiences. We've staged many over the years, and there's a great deal of curiosity about how mask theatre works, and what it's like to perform it. We've taken the most popular questions, and answered them here, so that whether or not you got chance to ask us in person, you can find out more about what it's like to create full mask theatre.

Attending post-show chats really helps students understand the process of theatre-making, develop evaluative skills and learn the specific drama vocabulary needed for exam written elements. So if you're a teacher or educator, look out for performances with post-show chats - they're really beneficial!

"What’s it like performing in a mask?"
It takes some getting used to! Vision is limited to two small eye-holes, and you have to develop heightened spatial awareness to compensate for reduced vision: breathing is harder because you’ve a piece of plastic on your face, along with a wig, and this can also make it very hot. But with practice it becomes much easier.

"How long do you rehearse for?"
We create our shows from human stories, so the first step before rehearsals even begin is to research, research, research. Then a script is developed, which outlines each scene's content and the arc of the story: this forms the backbone of the devising process which hones the story throughout the rehearsals. In total, we rehearse for around six to eight weeks.

"What’s it like backstage?"
At the beginning of a run it’s inevitably chaos, frantic, charged and messy! It then becomes calmer, more organised, and eventually as choreographed off-stage as it is on. It's important that the masks, costumes, and props are laid out with great precision, so everything can be found quickly and easily. For really fast costume changes, the actor wears layers of their other characters’ costumes (which is called underdressing). As a rule, an actor can get fully changed from one costume to another in 45 seconds - you can try this at home!

"Where does Vamos Theatre find its actors?"
It takes a lot of time to train an actor in mask theatre as it’s such a specialised skill, so we work with a pool of experienced mask actors, as well as looking out for emerging new talent. We run professional mask acting course all over the country and through these events often find performers with great potential as mask actors.

"Where does the music come from?"
Music and sound are there right from the start. It’s such an important part of the way we work that even in the audition process and during initial devising, there is music to work to. We have a sound system set up in the rehearsal room, and our composer spends time with us composing and editing on the fly to suit the action. It’s a very integrated process, with a direct connection between the music and what is being developed on stage.

"Is there anything that you can’t communicate in a mask?"
There is very little. The key is to break everything down to its most economic, simplest form so that physical communication is always completely clear - then there's a way to 'say' most things.

When are you coming to Essex?