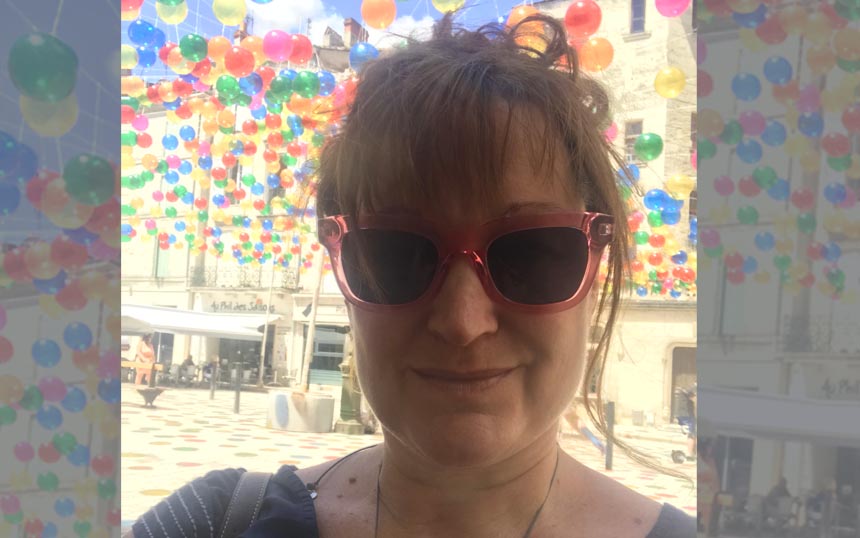 “Don’t go - it won’t be possible to get there,” I was warned! But a Prime Ministerial resignation and a national French train strike was not going to stand in my way getting (by train) to the Perigueux International Mime Festival, MIMOS, in the heart of the Dordogne. I’ve been the biggest fan of this festival for 35 years and luckily, en route, I only suffered one train cancellation (whilst watching regular breaking news from Number 10 on the BBC) and all my other connections went smoothly without any drama; and I arrived at midnight, tired but triumphant (a better day than Boris’s).

This was first festival in three years (that pesky pandemic) and you could feel the energy, the excitement and the eagerness to play. This year, they’d built a new outdoor hub in the square in front of the main theatre with a bar, bands and DJs, with a brilliant but simple board for artists to hang their illustrations of the shows and festival shenanigans. This is where I met with new Director of MIMOS and Theatre L’Odyssée,  Nathalie Élain, and MIMOS Artistic Adviser, Dominique Couvreur. We sat under the shade and discussed the prospect of Vamos Theatre visiting again (we took The Best Thing in 2017) with a whole menu of work to choose from over the next couple of years ��. I told them about our new naughty Walkabout acts that could bring havoc and chaos to the streets of Perigueux, “We like naughty,” they nodded in agreement.

The city is full of history - cobbled winding streets, tall sandstone bricks, with festival balloons hanging high, reflecting their colour and light on the ground; stunning, thanks to the relentless blue sky and sunshine. The whole city was taken over by a buzz of (some free, some ticketed) outdoor and indoor work that takes place at different sites all over the city (in schools, parks, theatres and squares) from large scale circus to contemporary dance to clowns on top of clowns on top of Chinese poles, on top of the world.

I saw fourteen pieces over three days; there were two pieces that will stay with me for a very long time. The first was called Playground, an outdoor show by a French circus, clown and mime artist, Miguel Rubio. Miguel used (and abused) his audience; we were all integral in helping him set up his (impressive and terrifying) circus act equipment; 8 audience members became human stage weights, a beautiful woman (carefully hand-picked) became the health and safety officer, a group of over-excited tiny children were tasked with the responsibility of stage managers. The game unfolded; Miguel used no language and beautifully unclear and minute non-verbal communication to give important instructions, so the show became a guessing game of frustration, embarrassment and laughter all at the expense of confused “volunteers”. What a great game! And then he threw his body up and down his circus arena at death defying speed, whilst we all collectively held our breath and felt touched and enthralled to be back, part of a crowd.

The other heart-warming piece was award winning Vider from Spain, performed by solo artist Javier Aranda  - for 7 years and upwards. I knew we were in safe hands from the start. He built his puppets, using his hands; fingers for legs, thumb and pinkie for arms  and his middle finger, occasionally for a penis (yes, a penis as long as his legs!). He literally had us eating out of the palm of his hands, laughing out loud, crying with joy at its creativity, its simplicity and honesty. There would have been a lot of questions from young inquisitive minds after this hilarious and moving production, especially about the reproduction scene, told simply through sound, that took place out of sight in a picnic basket (with a perfectly understandable demanding and eventually fulfilled female puppet and a selfish, lazy, self-centred male puppet!!!).

At the end, Javier played with scale; the young offspring (conceived in the picnic basket), flew away in a hot air balloon (made from a torch inside a party balloon). He then put the puppet onto a wire dangling from the balloon; he lit them with another basic theatre light, pulled down a white sheet at the back of the stage, and spun the puppet.  The puppet’s shadow was projected onto the sheet and the young boy flew away, leaving the nest, looking for adventure, whooping with excitement along with his audience; simple, but magical. It reminded me of how sometimes it’s more enhancing to share the making of theatrical magic than to hide it.

I laughed, I cried, I whistled and cheered (at one point I made one of those involuntary pig oink sounds). Thank you MIMOS for filling me up with creativity once more, thank you Nathalie and Dominique for an exciting, inspirational programme. I so hope to see you again next year ��