Welcome to a Dead Good cast! 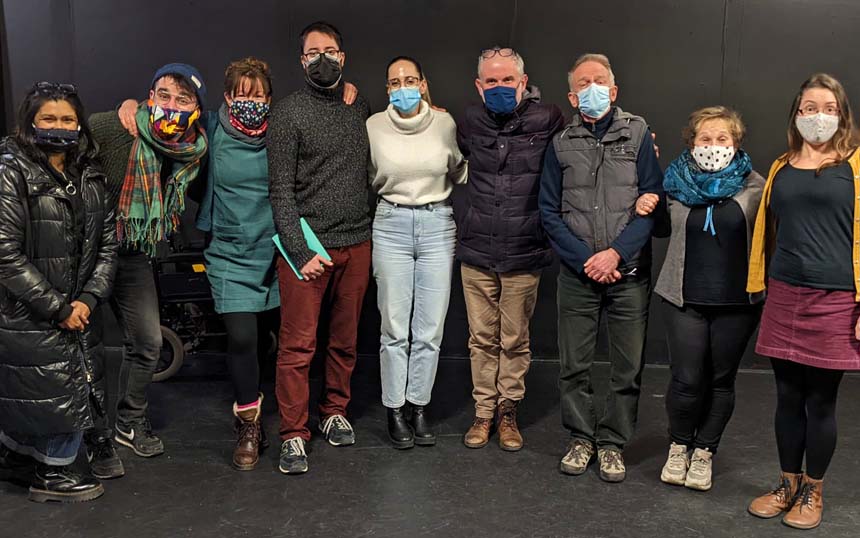 It's truly fantastic to be back in the rehearsal room this week, starting work on our upcoming tour of Dead Good.

Overseen by Vamos Theatre's Artistic Director, Rachael Savage, we'll be working in the rehearsal room for four weeks up until opening the show at The Swan Theatre, Worcester on Feb 3rd, followed by a national tour.

Originally commissioned by London International Mime Festival, Dead Good is a funny and poignant theatre show celebrating friendship - and the importance of living every precious day to the full. Bubbling with humour and awash with pathos, it is performed entirely without words.