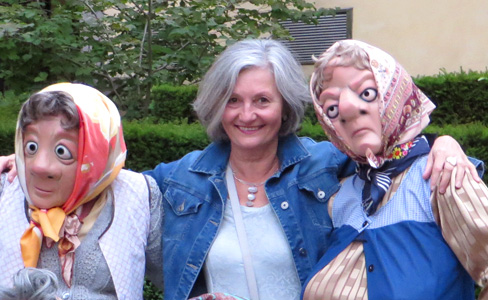 Vamos is delighted to have teamed up with Angelika Martin (centre), who will be our agent in German speaking countries.

Based in Oberding near Munich, Angelika is a German theatre agent who specialises in touring English speaking work to German speaking areas of Europe. Angelika runs the agency ArtPromotion and most recently produced a major tour of Peter Pan for TNT Theatre Britain.

We first met Angelika when she came to see Finding Joy during our 2014 tour, and we’ve been in communication since then developing possible opportunities. Bookings began this June with a very successful Walkabout gig in Fulda, near Frankfurt,  and with Angelika's expert support, we aim to tour Finding Joy and The Best Thing across Germany in 2016-17.