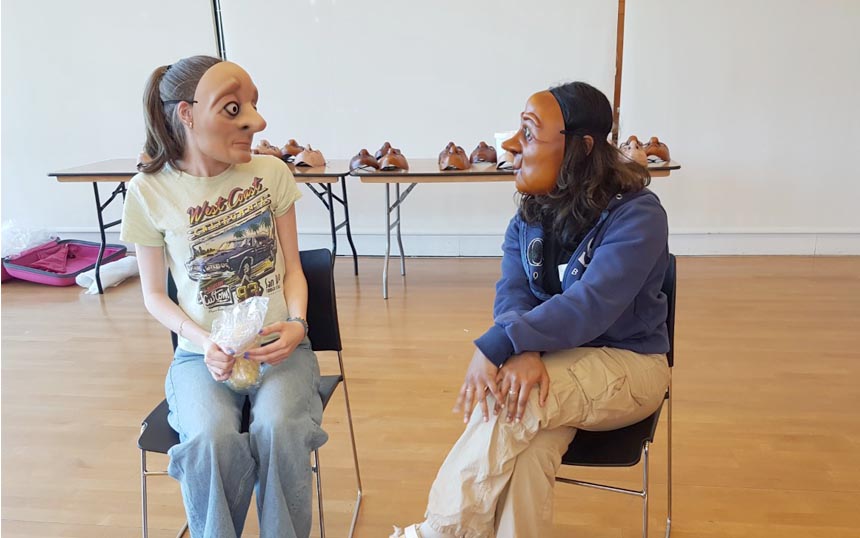 We’re delighted to have been chosen to be a creative contributor to Tune Up Arts’ Culture in Common,  part of Birmingham 2022 Festival.

Culture in Common is a Creative City Project funded by Birmingham City Council, which will engage schools around themes of shared culture. There will be workshops happening in schools across Birmingham, including music, theatre, poetry, dance, photography and art, and Vamos Theatre is delivering mask theatre workshops as part of the project.

Honor Hoskins, Vamos Theatre’s Creative Producer who is leading the workshops, comments, “We’re really honoured to be part of this fantastic project working with young people from all over Birmingham. We’ve already had a funny and focused training session with Year 12 students at King Edwards VI High School for Girls in Birmingham, and we’re looking forward to visiting Saint John Wall Catholic School later in June.”

Birmingham 2022 Festival, part of the Commonwealth Games, is a £12 million, six-month long celebration generously supported by a range of funders with the aim of animating the entire West Midlands with ambitious creative works.